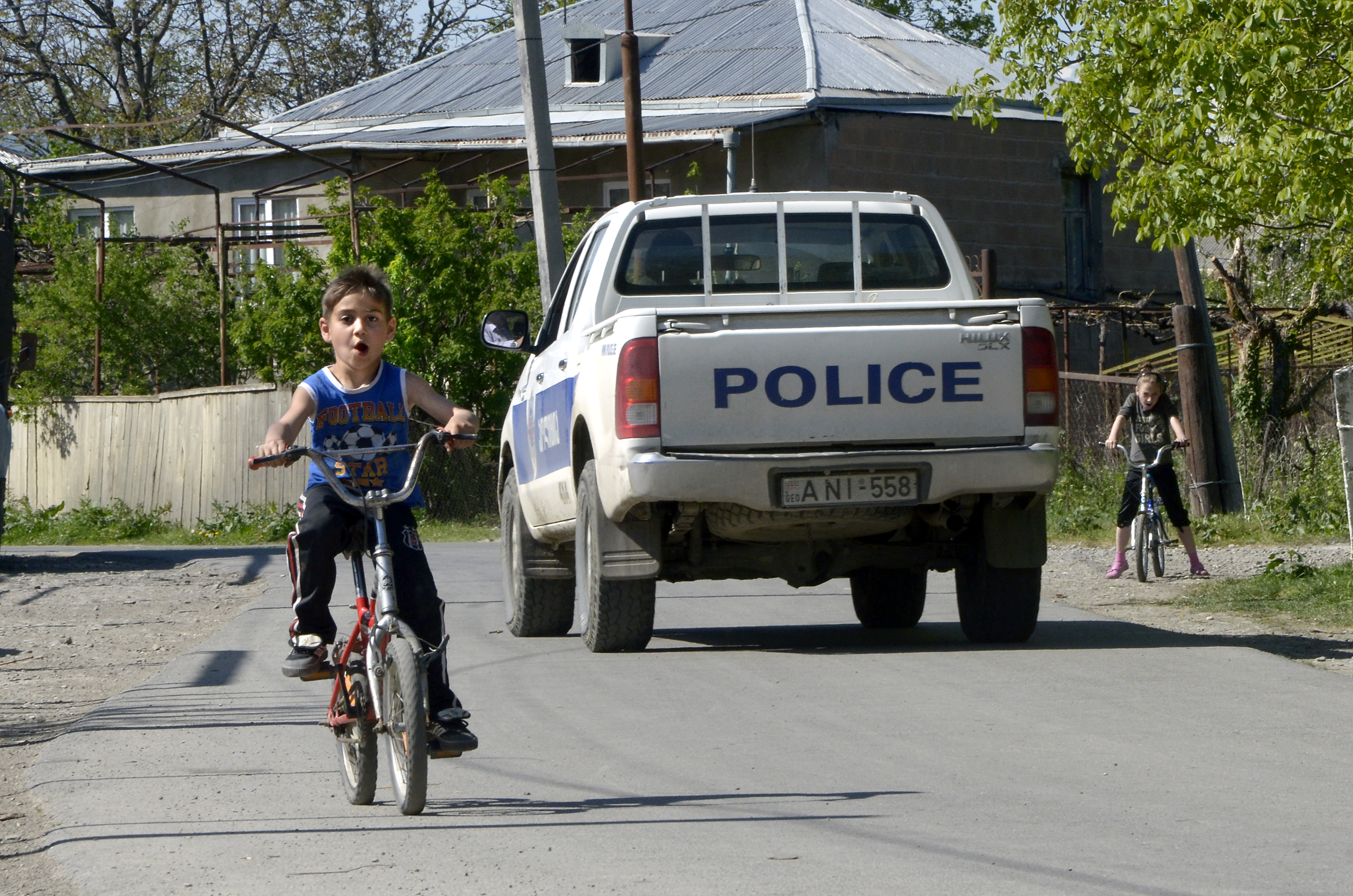 This article was published by TechPresident on 28 August 2012. Click here to see the article on TechPresident. 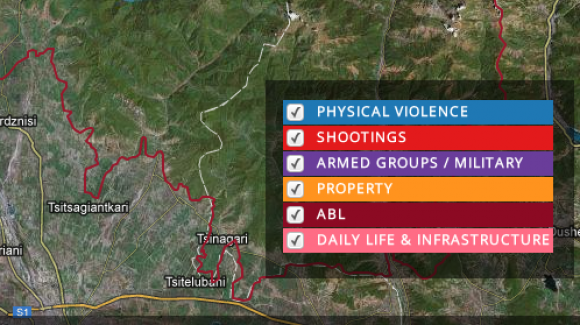 On the troubled northern border of Georgia, next to the disputed territory of South Ossetia, where two wars have been fought in the last two decades, an NGO has been quietly pioneering a new kind of distributed reporting system, one that uses SMS text messaging and the web to combine the data-rich mapping of Ushahidi with the meticulous requirements of human-rights researchers.

The project has been in quiet development for two years, as a partnership between some intrepid developers and two NGOs, the Caucasus Research Resource Centers and a London-based conflict-transformation organization called Saferworld that is active in 17 countries around the world. Now, for the first time, they are going public with their Elva platform.

Elva, which means “lightning” or “express message” in Georgian, is a powerful tool. Not only can it help local villagers as well as aid groups working in the turbulent region gain a more accurate and transparent understanding of what is, and isn’t, going on there on a daily basis, but it could be used by groups in other parts of the world for similar purposes, or for monitoring elections, communicating with elected officials or organizing other community-driven monitoring efforts.

(The site is still password-protected for security reasons, but techPresident was given an advance tour. A more public-facing version should be out in September.)

In Georgia, Elva is being used to collect and share information about daily life in nearly two dozen border villages that participate in a “Community Safety Network” developed by Saferworld. They are focused on such specific topics as shootings by troops or border police, the presence of armed groups, detentions of people for accidental or deliberate border crossings, and acts of physical violence, along with more subjective measures of safety and security. The information collected can be quite granular, as in tracking how often security providers and human rights monitors visit each village and whether or not those visits include speaking to local residents or not.

“People in these communities don’t have access to the internet,” says Jonne Catshoek, Elva’s project manager. So, in each village, a volunteer community representative has been recruited to respond to a pre-agreed weekly questionnaire via SMS. Each response to a question is coded with a different letter, and reps simply send one text message combining all those letters to a short code to send in their reports, which go straight from the mobile company via VPN to Elva’s servers. Below is a sample page from the weekly questionnaire, along with an example of what a summary text message might read. It’s an ingenious solution to an ordinarily complex data-gathering problem.

Like Ushahidi, which takes in localized reports and maps them, Elva produces a variety of impressive map-based visualizations. But Catshoek says his team wanted to be able to collect structured data around weekly indicators, in order to produce a longer-term understanding of changing conditions on the ground. “We want to monitor developments over time, and make it possible to export the data. We can see seasonal trends in security incidents, for example, and point out when something varies from that trend.”

“Our system also understands when there is an error in the coding. If there’s a syntax error or if a number seems to be out of range, the system responds by asking the participants to re-send the info,” says Catshoek. “If they still send the same info, an automated message goes to our coordinator who then calls them.”

“The reason for which I participate in the network is that my community benefits from it,” says “Giorgi” from the village of Dvani. (He answered questions from techPresident that were translated on our behalf, and his responses have been translated back into English by Natia Nadiradze, a Georgian who works with the CSN.) “Giorgi” continues, “We live in the area [where] detentions are quite often because of the ambiguity of the Administrative Boundary Line [that separates Georgia and the breakaway South Ossetia]. Often people cross it [the Line] without knowing they did so. In this case, I notify network and then through the network we receive information about the development – where the person is and if the relevant actors are involved.” For example, he said, “A visitor from Gori came to the village visiting his relative. In the morning he went to buy tobacco and did not come back. We had a suspicion that he was detained by the Russian borderguards. I sent a notification through the Network and that’s how we found out where he was.” The man was released after three days. “Giorgi” adds that since he started acting as his community’s representative, “Now people in my community call me when someone is detained.”

Saferworld is excited about Elva because this reporting tool strengthens its community-based approach to local security. Says Tabib Huseynov, the group’s South Caucasus Regional Coordinator, “We have established community networks in various conflict-affected regions in Shida Kartli (Georgia proper), in eastern Abkhazia and a nascent network in South Ossetia. We support these community-based networks to engage with the security providers, regional governments and authorities to articulate their concerns and jointly work out solutions. So, by working more closely with these conflict-affected communities, we are trying to increase understanding of their safety concerns and to demonstrate how local needs can be responded to more effectively, even in advance of political resolution of the conflicts.”

The Elva platform is enabling Saferworld’s local network to more quickly share information on security incidents and how to better deal with local authorities. “By tracking and analysing this data, and sharing it with the relevant local and international actors, we hope to provide a genuinely early warning mechanism which would identify and tackle the emerging problems and sources of tension at their early inception phase,” Huseynov adds.

The tool also allows network members to send emergency messages to each other, for example, when a civilian is detained after crossing the Administrative Boundary Line. This also helps counter the spread of misinformation and rumors.

Funding for the development of Elva came initially from the European Union, and now mostly from the United Nations Development Program. But it is mostly a labor of love that Catshoek and his colleagues spent their weekends on for several months.

In September, Elva will go public with a second site aimed at monitoring the parliamentary elections that are scheduled for October 1st. Catshoek says that first they will do a weekly pre-election survey collecting information about the pre-election atmosphere in ten election districts. Then, on Election Day, “We will be seeking to monitor the complete voting process, including things like whether the ballot boxes are properly sealed, is there enough ink available for marking voters’ index fingers, is there enough staff in the polling stations. Later in the day you look for info like whether people were able to vote, whether people were intimidated, etc. Later when the votes are being counted, there are other questions to be checked.”

The code for Elva is free and open source. Next for Catshoek and his team: “We’re working on a version that makes this completely customizable.”

Personal Democracy Media is thankful to the Omidyar Network for its generous support of techPresident’s WeGov section.